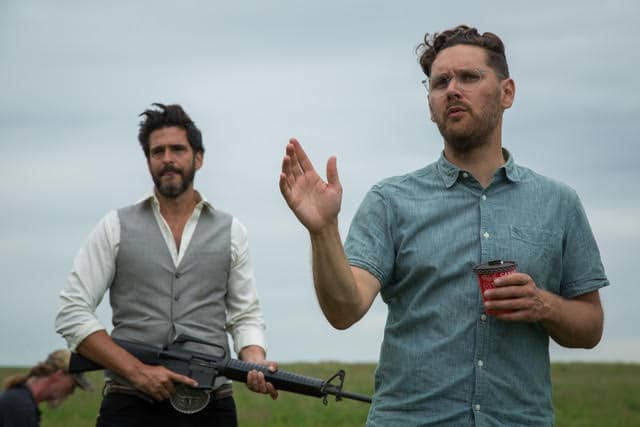 Saskatchewan-made feature film, SuperGrid, directed by Lowell Dean (pictured at right with the coffee, not the gun) and produced by Hugh Patterson, will premiere tonight at the Calgary International Film Festival.

The film was shot over 17 days in the Regina area in June 2017. Made by the creators of WolfCop, SuperGrid is a post-apocalyptic adventure reminiscent of Mad Max.

SuperGrid will screen in Regina during Saskatchewan Film Week this November.

Read more about the film here.