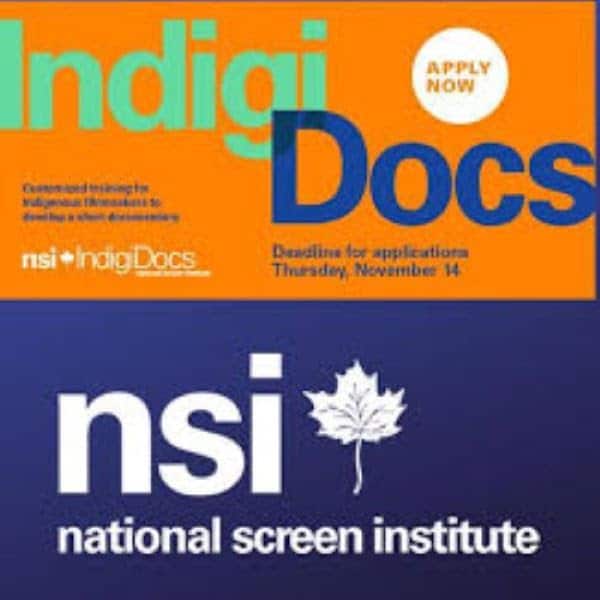 The NSI IndigiDocs program is a two-phase, distance learning program providing training, mentorship and film production. It starts with a 12-day boot camp in Winnipeg to learn about writing, producing and directing a documentary film, and developing a script for a documentary idea. At the end of phase 1, students have a market-ready film proposal. NSI is the only national training organization in Western Canada for writers, directors and producers in film, television and digital media.

Peter Brass is a Saulteaux video artist and filmmaker from the Peepeekisis First Nations who currently lives in Regina. Peter received his master’s degree in creative writing (screenwriting) from the Institute of American Indian Art. His work has screened at imagineNATIVE Film + Media Arts Festival (Toronto), Prairie Scene Festival (Ottawa), and various galleries.

“SMPIA is delighted to continue its support of new, emerging filmmakers like Peter Brass through the NSI IndigiDocs program,” said Ken Alecxe, Executive Director of SMPIA. “Program participants like Peter bring great energy and creativity to this program.”

“There was stiff competition for a spot on the NSI IndigiDocs course this year and Peter’s application impressed the selection jury,” said Elise Swerhone, Program Manager of NSI IndigiDocs who is originally from Saskatchewan herself. “He joins a long list of successful NSI IndigiDocs grads from the province including Chris Ross, Candy Fox, Janine Windolph, Trudy Stewart, Tasha Hubbard and Marilyn Poitras.

NSI IndigiDocs runs from Feb 3 to 14, 2020. Shortly after, participants resubmit their proposals and a jury will choose up to four students for phase 2 to go into production and receive a cash award of up to $16K and approximately $10K of in-kind services to put towards their documentary film.

Phase 2 students also attend Hot Docs Canadian International Documentary Film Festival in Toronto and work with the National Film Board of Canada for their final post. Completed films will be packaged as a one-hour special for APTN and individual films will be available on documentary channel, nfb.ca and nsifilms.ca.