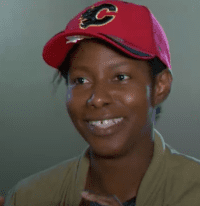 Nollywood production to shoot in Calgary

Nigerian-born movie director Adejumoke Olatunde says her latest project will be the first Nollywood film that is shot in Calgary and then released in African theatres.

Nollywood is the term coined for the Nigerian film industry. It’s a multi-billion dollar business that is recognized as the second largest film industry (by volume) in the world.

Olatunde’s film ‘Made in Heaven’ is a self-funded project that will take roughly three weeks to shoot. Olatunde hopes it will be in theatres before the end of 2018.

Read more about Olatunde’s film and why she chose to shoot in Calgary.