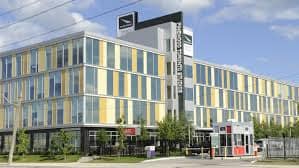 Netflix is taking on close to 250,000 square feet of studio and office space in Toronto, as part of its agreement to invest in Canada’s entertainment industry.

The new spaces add to Netflix’s existing physical production footprint in Canada, which includes a lease of British Columbia’s Martini Film Studios and production sites it sets up on a per-production basis.

According to Netflix, the new Toronto facilities will provide up to 1,850 production jobs per year.