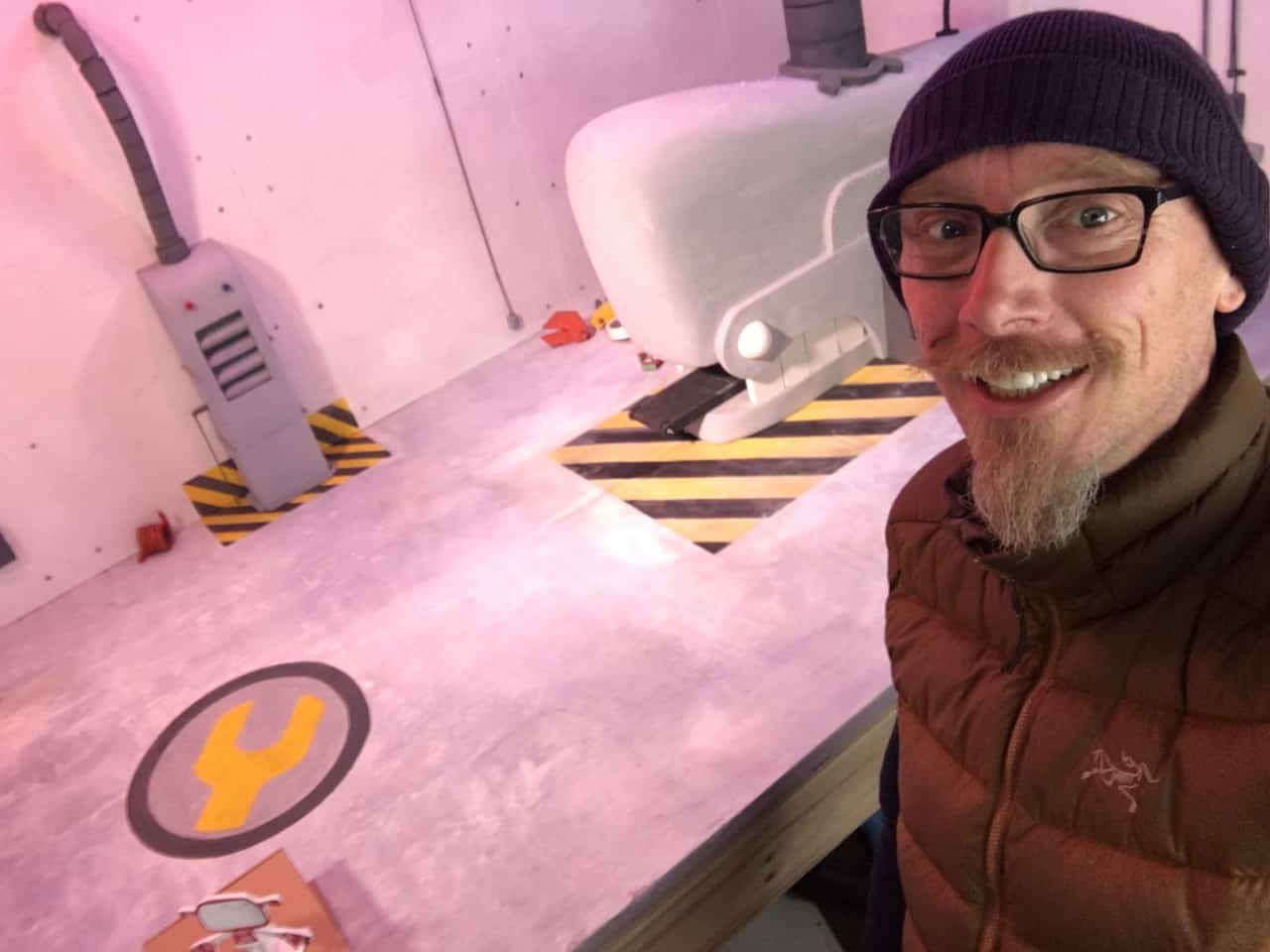 Creating animated series to entertain kids around the world

“I think of my career in three parts,” says Tim Tyler. “Part 1: I learned how to make shows.  Part 2: I learned how to finance productions. Part 3: I blend these two elements—the creative and the financial—to develop stories that matter for global audiences—from Saskatoon.”

With his most recent project, BotShop, a 52-episode animated series featuring micro-stories of 2 minutes each, Tim is bringing that experience to life as Part 3 of his career takes flight.

He is reducing the cost of production dramatically by using less labour-intensive processes than are usually involved in classic animation production. The production also makes innovative use of physical sets and employs stop-motion digital puppetry to generate the dramatic impact.

The series is expected to be completed in the Fall and air on French television in Ontario and French language CBC early in 2019.  Tim is actively seeking deals that will bring the series into other markets in Asia, North America, and Europe.

While producing low cost quality creative is essential, Tim cautions that development comprises only part of what’s needed for long-term success. “When you disrupt the industry by making high quality productions at 10% of the cost, you can create opportunities for profit—as long as you can get your content to market,” he says.

This requires industry-wide visibility beyond Saskatchewan which the firm has been able to fund through travel and marketing grants from Creative Saskatchewan.

Finding qualified talent can be a challenge for Saskatchewan-based producers, and SMPIA plays an important and helpful role. “While our talent here is very good, there isn’t a lot of it,” he says. “SMPIA plays a vital role in helping us network, in building the relationships we need to succeed, and to represent us within the industry, with government and funders.”

As he builds on the success of BotShop, Tim sees potential to expand his new production model for new audiences and age groups. “I look forward to producing the timeless, mythic stories designed to captivate future 12-year-olds, the way Star Wars inspired me.”