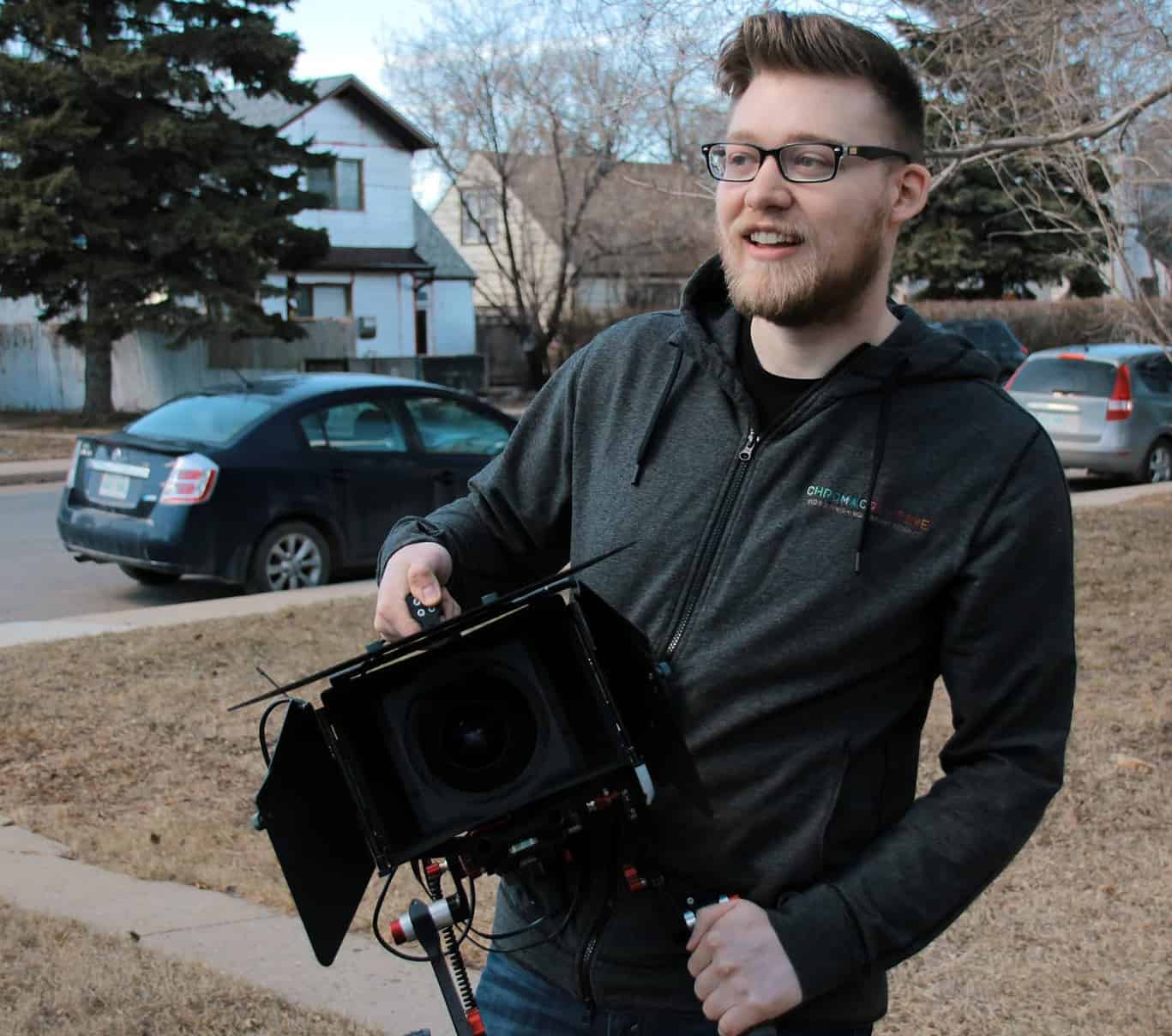 Emerging filmmaker carves out a special niche as a colourist

Growing up on the family farm near Vanguard, Saskatchewan, Jason Rister used to direct little comedies with his brother using his parents’ VHS camcorder. “I always knew that I wasn’t going to stay home on the farm,” he says. “I was drawn to filmmaking.”

It’s no surprise that Jason entered the University of Regina’s film and video production program when he graduated from Hodgeville High School in 2009.

As part of his final year of university, Jason undertook an internship at Java Post Productions in Regina.  “I was so fortunate to learn colour correction and the whole post-production process from Jack Tunnicliffe,” he says.

Since then, Jason has added to his resumé in both production and post-production. “I started as a freelancer, doing prep editing and colour correction,” he says. “On productions, I have worked as a camera assistant, camera operator, and a digital imaging technician.”

It is a measure of the extent to which technology has changed the business that Jason is finding opportunities in a profession that didn’t exist 20 years ago.  “The first major production to use all-digital intermediate colour-grading was Oh Brother, Where Art Thou? in 2000,” he says.

Inspired by the award winning colour grading work of David Hussey, Jason says he appreciates the boundary-pushing evident on Hussey’s music videos such as Lady Gaga’s Bad Romance, Rihanna’s We Found Love, and Taylor Swift’s Blank Space. As well as his stylistic work on feature films & TV such as 500 Days of Summer, Red Sparrow, and American Gods

Jason notes that the creative potential of colour grading is rewarding for him.  For example, his work for Land of Rock and Gold featured “stylistic elements to make the natural environment shine through,” while he used “bright, more highly saturated colour grading” on the comedy feature Talent to amplify the upbeat tone of the feature.

Since colour correction and grading work tends to be seasonal, Jason also offers editing and camera skills to productions, including Wavelength Entertainment’s documentary series Nordic Lodge, Bridging Borders, and their crime drama series I Lived With a Killer.  “I enjoy both the technical and the creative sides of the work,” he says. “I don’t like to be pigeonholed in one or the other.”

“I’ve had really great mentorship,” he says. “I’ve learned so much from Jack Tunnicliffe, Chris Triffo, Ian Rogers, and Layton Burton, and someday, I’d like to take all I’ve learned from them and focus on producing and creative directing.”

To find out more about Jason Rister: www.chromacreative.ca