How can a filmmaker stay excited through all phases of production? How do you balance enthusiasm, patience, disappointments to go from concept to completion? Learn to embrace the entire crazy journey of making a film – not just the red carpet destination.

“Screenwriters and directors live in a playground where we never
actually leave the sandbox. We grow wiser but never grow up.”
LEE CHAMBERS

Most screenwriters draft up the blueprints for amazing stories all alone, with just a cup of coffee to guide them. Many may have a pile of scripts but have never had their creative words progress into production.

Getting a chance to see your work delivered by actors on a big screen gives you the full scope of the industry you are in and will make you a better writer. How do you get a sale or an option? How can you encourage a production company to make ‘your’ script?

Short and feature film writer and director Lee Chambers presents a GPS plan for how you can embrace the entire crazy journey of making a film. Chambers will encourage you to aim high – with a plan of attack – in what will also be an inspiring and funny look at being a filmmaker.

What do people have to say?

“Lee Chambers gave us an inspiring and energetic presentation that
was one of the highlights of our industry events.”
BLOOD IN THE SNOW FILM FESTIVAL 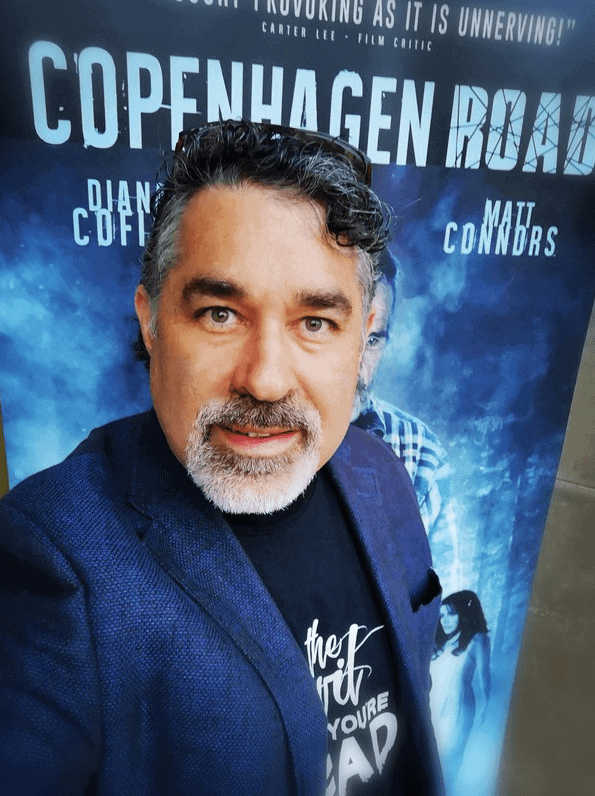 WHO IS LEE CHAMBERS?

LEE CHAMBERS has written, produced and directed many films over the last 25 years with executive support coming from 3 Academy Award winners, including Roger Corman.

After a nomination for the Director’s Guild of Canada Ontario Award for the short film When Life Gives You Lemons, Chambers co-wrote, produced and directed his directorial feature debut, The Pineville Heist. The feature won 35 festival awards and was released around the world via sales from Shoreline Entertainment.

Over the last year, Lee signed 4 feature deals as a screenwriter, released his award-winning The Devil Knows You’re Dead short film and is currently in post-production on Hell in a Handbasket – shot in Saskatchewan.

Along with making films, Chambers is also a popular motivational speaker, panel moderator and juror at film festivals in the USA, Canada, Australia, England, Portugal, Iraq and the Cayman Islands.