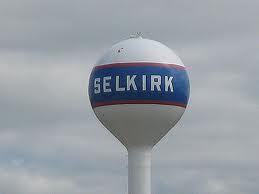 Selkirk, Manitoba has seen a dramatic rise in film production.

Mayor Larry Johannson says there have been more than 40 productions in the city in the past year.

Manitoba Film and Music CEO Carole Vivier said some productions have spent huge amounts of money in rural Manitoba communities as well as smaller cities and towns. “In Selkirk, the [CBC] series Burden of Truth … they spent over $1 million on rentals” said Vivier.

Johannson said the film boom has been a godsend for the city’s businesses, especially in the more historic areas. “They’re putting money in the cash registers. I mean, they’re staying at the Canalta hotels, they’re eating in town. They’re buying their coffees in town. They’re having a few drinks in town when they stay,” he said. “Every place that they use, they’re compensating them.”

There are currently Hallmark and Netflix productions in town with more shoots planned for the new year.