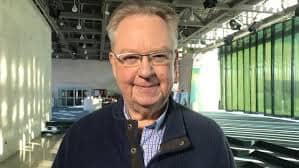 Sad news for Saskatchewan’s film community earlier this week when we learned of the closing of Talking Dog Studios.

Shutting their doors after 30 years, Talking Dog Studios was known for its quality work providing sound and music for productions including Corner Gas.

Closing as well, The Grid VR Arcade, the second facility of its kind built in Canada.