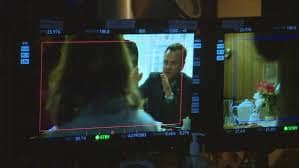 Canadian studios and production crews are busier than ever before — thanks in part to demand from foreign streaming giants such as Netflix and Amazon, who need to feed binge-watchers’ voracious appetite for on-demand entertainment.

But at the same time, those American behemoths are being accused of not contributing their fair share to produce Canadian content and culture. Many of the shows they’re producing here are aimed at worldwide audiences, with little connection to this country or its identity, critics say.

The campaign by Canadian broadcasters to force streaming companies like Netflix to contribute to the Canada Media Fund, which kick-starts Canadian productions that tell Canadian stories, has renewed the long-standing debate in this country about what exactly constitutes Canadian content.